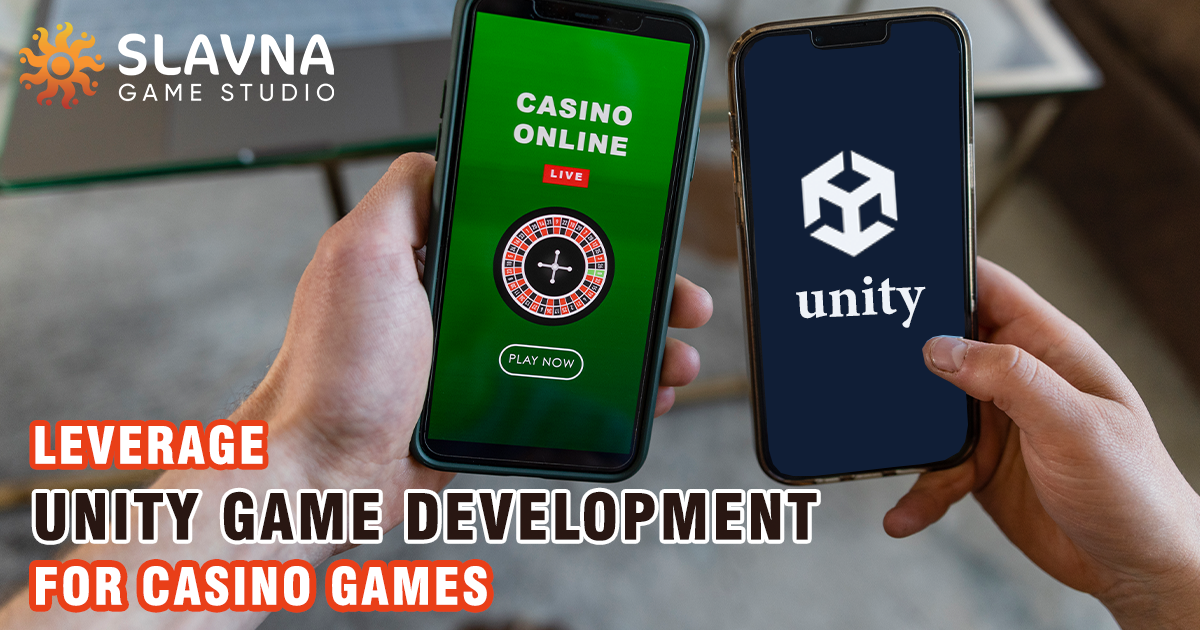 Unity is the go-to engine and development environment for mobile games. You will find Unity game players spread across over 195 countries worldwide and they continue to grow daily. The number of games made with Unity grew by 93% in 2021. Today, over 230,000 developers are creating and operating around 750,000 games on Unity.

Unity offers 2D and 3D games, simulations, and interactive experiences. The exceptional graphic capabilities, flexibility and high performance make Unity the leader in cross-platform games. Unity games are top-rated in online casinos, with the total market exceeding over 6.2 bn USD. With Unity’s real-time game development platform, developers can convert their ideas and content into a scalable and successful gaming business. Unity offers additional functionality and resources to power up your casino gaming idea.

If you’re thinking about creating a new casino game with the Unity game engine, we bring you the critical stages of programming and its multiple benefits that make Unity the perfect choice!

A typical game involves multiple stages, from the initial conceptualization and planning to final marketing and release. As a result, many stages of the process are often in progress simultaneously, reducing the time to market.

Unity Model – A prototype model is created before significant resources are allocated to determine the project’s viability. Many developers also begin by developing a miniature version of the game.

Planning – Once the model is approved, the team begins planning the entire project and determining the coding for the game.

Design User Interfaces – Your UI must be convenient, easy to use and attractive for players to spend time on your game. Unity offers several toolkits to assist UI/UX development.

Physics – This stage involves the world built into the software and its elements like gravity, impact, inertia and movement. Scripts are used in Unity physics for 2D and 3D projects.

Graphics – Often the most complex part of the design process, Graphics in Unity include the lighting, shaders, VFX, camera angles and particles. Global illumination is one of the recommended sets of techniques in this stage.

Navigation – It refers to how characters and objects move in the game world, along with the appearance of UI menus and options. Most games offer a map for more straightforward navigation and are built within the confines of a scene.

Animation – For lifelike motion in the games, developers use the finest animation techniques and tools like Animator and 2D Animation. It enables them to control the movement of objects and characters easily.

Developers and designers work together to complete all the stages of Unity programming for an exceptional game rollout.

Why is Unity 3D Best Suited for Casino Game Development?

Unity enables developers the benefit from cross-platform technology, wherein the gaming content can be accessed across multiple devices and operating systems. In addition, it saves time as you only need to maintain a single codebase.

The game environment can be populated with several virtual objects representing an imaginary world. Enrich your games with readymade assets as per the scope of your gaming content and theme. For instance, there are over 31,000+ 3D assets in the Unity Asset Store.

Many Unity games also offer cryptocurrency support for smooth and safe transactions. As a result, it facilitates more accessible deposits and withdrawals with safety assurance.

Developers can showcase the most innovative visual art, UI/UX interfaces and animations for your players using Unity’s eye-catching game design functionality. It significantly impacts your players when you opt for immersive animations and graphics to showcase your idea.

Unity helps developers access the latest tutorials, trends and practices to update their games regularly. As a result, your Unity game is always as per the latest market trends, and your developers are always updated with the latest knowledge and tools.

With Unity offering so many advantages, are you ready to hire a reliable Unity game development company for your next game?